Itanagar, located in the northeastern state of Arunachal Pradesh, is the capital of the state and an important tourist destination in this region.  The capital city falls under the Papum Pare district. Earlier several tribes were prominent in Itanagar such as Adis, Nyishis, Apatanis ,Galos, and the Miri's.However, today the region witnesses a very small population of the decedents of these ethnic  tribal groups. The Ahom’s of Assam ruled this place during the 16th century till the British took over.

According to a legend, Itanagar was the home of many Hindu mythological characters like King Bhismaka, Princess Rukmini and lord Parashuram. In fact, the region has found frequent mention in the stories of Mahabharata, Ramayana and other Vedic texts. On the other hand, according to some historians the region was home to many indigenous ethnic groups. Since the origins of the region could not be proved, the speculations on their origin is predominantly based on the food habits and the traditions of the people of the region. 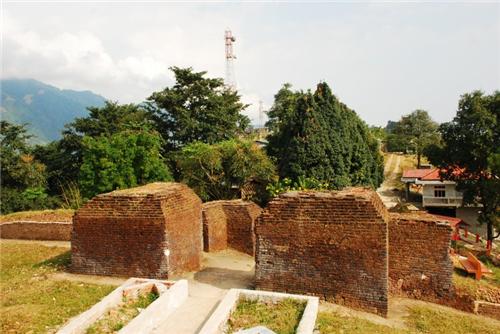 During the 17th century, the Ahoms ruled in this region. The Ita fort was built by the Ahoms and is the best example of the powerful Ahom rule in the region. The Monpa chief ruled the northwestern part of Arunachal Pradesh. The Monpa chiefs are said to be a part of the Monyul Empire. During 500 BC, the Monyul dynasty flourished. Tibet and Bhutan tribes captured and ruled few sections on the northern frontier of the region and the remaining parts of the Itanagar was ruled by the Ahoms. The region continued to be under  the Ahoms rule until the British annexed  the region in the year 1858.

When the state of Arunachal Pradesh came under English rule, the British administration also faced several border issues. The East India Company, in the year 1913-14, tried to solve the issues by clearing the border of British India and Tibet. A 550 miles line was drawn by Sir Henry McMahon as a boundary line for British India, which was known as the McMahon line. The Chinese later did not accept the proposal which led to further disagreements.

The region after the independence once again came under conflict with the government of China. The People's Republic of China was reluctant to give up Tibet and thereby intensifying the differences between the two countries. India declared the McMahon line as the official boundary but China refused to accept the line further deteriorated the matter. In the year 1954, the North-East Frontier Agency (NEFA) was formed and the matter died down temporarily.  After a decade, the matter was again aroused by the People's Republic of China, and as result the Sino-Indian War of 1962 took place.
The cause of the war is still unknown but however, this helped the Chinese to capture most parts of Arunachal Pradesh. On the other hand, India stopped all trade activities with Tibet. In the year 1972 Arunachal Pradesh became a union territory. The Government of India in the year 1987 acknowledged Arunachal Pradesh as another state of Independent India.