Itanagar, situated  at the foothills of the Himalayas is one of the beautiful city of Northeast India. It is the capital of Arunachal Pradesh. Itanagar is also known as the the land of dawn-lit mountains. The city gets its name after the irregular shaped Itafort. The city is also a popular tourist hub of Northeast India. 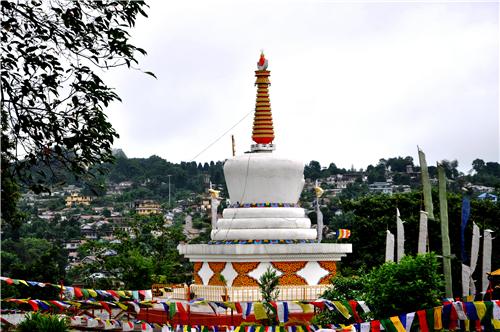 Since April 20, 1974, Itanagar has been the capital of Arunachal Pradesh. During the 11th century Itanagar was called Mayapur.  Itanagar was also ruled by the Ahom kings of Assam also. The history of Itanagar is associated with the Ita fort, situated at the heart of the city of Itanagar. The city gets its name Itanagar after the famous Ita fort. The Fort was built between the 14th -15th century by the Ahom rulers. Literally the name of the fort means brick. In Ahom Dialect Ita means brick. Click here to know more on the history of Itanagar

Itanagar is situated about 350 metres above the mean sea level at the foothills of the Himalayas. Itanagar is a place of deep river valleys, lush green forests and plateau. Itanagar is surrounded by natural vegetation.  Itanagar faces temperate and moderate climate throughout the year. During winter months the weather remains very cool and foggy in the morning and evening. Itanagar experiences an annual rainfall of 365 mm. the weather remains windy, during monsoon. Click here to know more on geography of Itanagar

The economy of Itanagar is basically agrarian in nature and a large section of the population depends on agriculture. Apart from agriculture, some of the other factors that contribute to the economy of the region include handloom and handicraft, weaving and tourism. 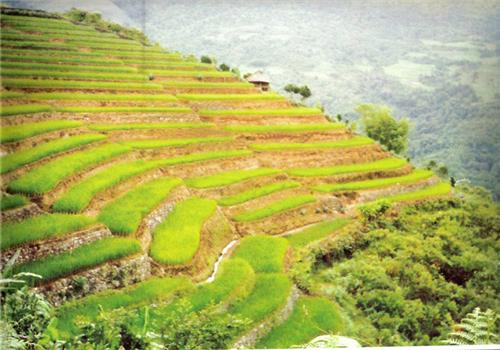 The people of the region mostly practice Jhum cultivation and terrace farming. The climate and topography of Itanagar id preferable for the cultivation of wheat, rice millet, pulses, potatoes and sugarcane.

The agro-climatic conditions of Itanagar is also favourable for horticulture, that produces tropical and sub-tropical fruits like Pineapple, Apple, Orange, , Plums, Pear, Walnut, Chestnut, Guava and many more. Other major horticultural products in Itanagar are spices, bamboo aromatic and medicinal plants, cardamom, ginger and mushroom.

Handloom and Handicraft Industry in Itanagar 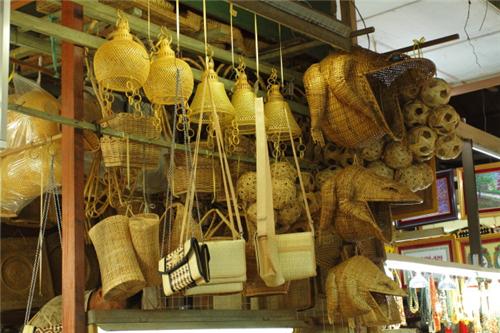 The handloom and handicraft industry also contributes to a good amount of revenue to the economy of the state.  The handloom and handicraft industry is one of the major small scale industries in Itanagar. Handloom is the primary occupation of the women folk of the region. The handloom items prepared by the people of this part of the country includes Shirt (Galuk), Scat (Gale), side bag,  cotton shawl, curtain cloth and many more.

Itanagar is inhabited by a large number of mixed tribes which includes Adi, Aka, Galo, Nyishi, Apatani,Tagins,Bokar and Bori etc. The cultural lifestyle of this place is dominated by different festivals. Since agriculture is the main source of livelihood for the people here, they celebrate festivals as part of thanksgiving to the God for giving them a good harvest. The food in Itanagar is mainly non-vegetarian and is seasoned with local herbs  and bamboo shoot. The restaurants in Itanagar offer good and tasty food. Some of the popular restaurants in Itanagar includes The Poong Nest, Hot Bite Restaurant, Hotel Blue Pine etc. Click here to know more on Culture of Itanagar 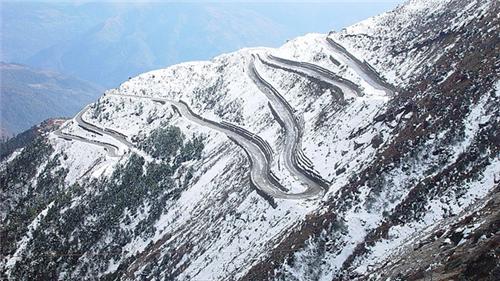 Itanagar is one of the popular tourist destinations in Northeast.  The city is endowed with exotic natural beauty, architectural monuments, parks and museums. Some of the famous tourist spots in Itanagar are the beautiful Itafort is a must visit tourist spot.  Another important tourist destination is the Gekar Sinyi  or the Ganga Lake. The lake is located about 6kms from the city. Other important tourist places include Jawaharlal Nehru Museum, Craft Centre & Emporium, Zoological Park, Indira Gandhi Park, Polo Park, the Buddhist temple. Click here to know more on tourism in Itanagar.

Tourism also contributes to the economy of the state. Itanagar is described as the 'land of dawn lit mountains’ because this is the first place in India to witness the sunrise. Tourists from far and near visit the place to enjoy the beautiful landscape and the mesmerizing natural beauty of the region.

Itanagar is connected to all major cities of Northeast as well as India through roadways. The nearest airport to Itanagar is the Lilabari Airport, located in the north Lakhimpur district of Assam. The city is also not endowed with a railway station of its own. The nearest rail head is Harmuty in Assam. Itanagar is also well connected by roadways to all the important northeast cities. In order to get around the city, auto rickshaw and taxi services are easily available. Click here to know more on Itanagar transport